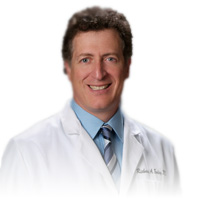 Richard A Erdey, MD is a Board Certified Ophthalmologist specializing in the diagnosis and treatment of eye conditions. He is a corneal and refractive specialist with areas of specialty training, experience, and research in both refractive surgery (including LASIK, PRK, ICL, RK, and AK), and anterior segment, corneal and lens surgery (including small incision rapid rehabilitation “Dropless” cataract surgery,intraocular lens implantation (IOL), corneal transplantation surgery (PK) and laser surgery). Dr. Erdey is a Fellow of the American Academy of Ophthalmology, a member of the American Society of Cataract and Refractive Surgery, International Society of Refractive Keratoplasty, American College of Surgeons, the American Medical Association, and is a Diplomat of the American Board of Ophthalmology.

A New York City native, Dr Erdey completed his undergraduate degree at Hofstra University in Long Island before attending The Medical College of Virginia in Richmond for his M.D. degree. He returned to New York to complete an Internal Medicine internship followed by an Ophthalmology residency at North Shore-Cornell University Medical College where he was chief resident. Upon completion of his Ophthalmology residency in 1988, rather than practice general ophthalmology, he continued his studies at Ohio State University to become a refractive and cornea specialist. As a corneal fellow Dr. Erdey also participated in early excimer laser bench work and clinical research. This experience provided the foundation for Dr. Erdey to master techniques for refractive s urgery, corneal transplantation and “no stitch” cataract removal using approaches which permit rapid visual rehabilitation.

His commitment to ophthalmology research and teaching led him to co-direct the Cornea Research and Laser Laboratory at the University of Rochester-Strong Memorial Hospital in New York in 1989. Ophthalmologists, both nationally and internationally, seeking additional corneal expertise became corneal clinical and research Fellows under Dr. Erdey’s direction. That same year, he became an investigator for the Food and Drug Administration (FDA) clinical trials of the VISX excimer laser system for PRK, which led to its subsequent approval for use in the United States.

Since relocating and establishing his practice in Columbus in 1992, Dr Erdey’s passion for advancing corrective vision surgery has led him to participate as an investigator for numerous clinical studies. These include Intacs for Keratoconus, Iris Reconstructive lenses, CRS LASIKand the Implantable Contact Lens (ICL). Dr. Erdey’s patient was the first in Ohio to receive this implant in 1998. This event was featured on local and national television coverage in over 10 major US cities. Over the years he has accumulated extensive clinical experience with four different Excimer laser systems and performed several thousand refractive surgical procedures. He is recognized as a pioneer in corrective vision surgery through his development of new surgical techniques and instrument design.

Recently, more advanced tissue-sparing cornea transplantation techniques DALK, DSEK, DMEK have been introduced that have unique advantages over traditional full thickness cornea transplantation, PK, a procedure which has changed little over the last 100 years. As an advisor to the Central Ohio Lions Eyebank, Dr. Erdey has championed  these newer procedures and helped to refine and establish them in Columbus. Dr. Erdey offers these advanced cornea transplant options to suitable patients.

In 2014, he became the first in Central Ohio to perform “Dropless” cataract surgery, a safer and more cost effective alternative to using eye drops after surgery. This has become the standard of care in his practice.

Dr. Erdey’s lectures extensively and his numerous research and clinical articles are published in multiple professional journals and textbooks.